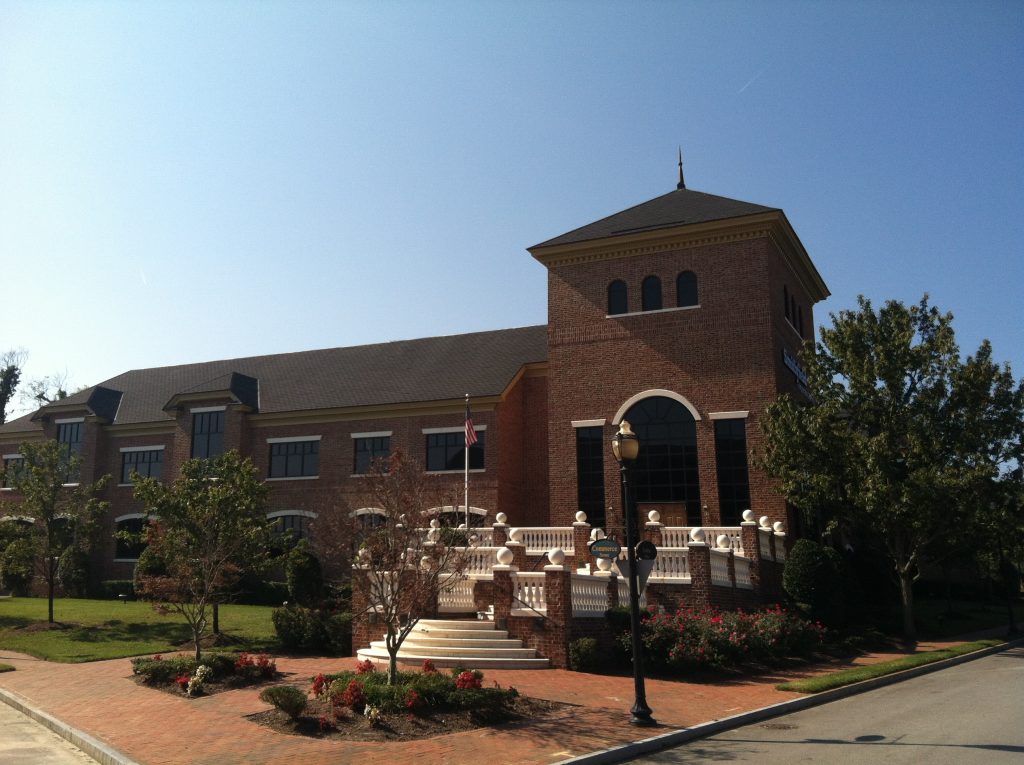 Smithfield Foods is coming to the Harbour View area of Suffolk! The Fortune 500 Company, whose Corporporate Headquarters is based in Smithfield (photo above), recently announced they are bringing 170 jobs to north Suffolk and will lease a 20,000 square foot building in the Bridgeway Technology Center II, as reported by the Suffolk News Herald. The report also says the Smithfield Foods move to Harbour View Boulevard will consolidate offices in Missouri and Illinois. The Suffolk Economic Director, Kevin Hughes, says the office will bring office, sales and logistics-type jobs.

The Economic Development Authority approved the move in a 7-0 vote following a closed session at its last Wednesday’ meeting. The Suffolk News Herald article by Jimmy LaRue also reports that the city’s Economic Director has been touting the central location for the Harbour View location and North Suffolk’s proximity to I-664. “That was one of the things that was attractive to them in order to dip into and find a new workforce that you had a population on the Peninsula, population in the Southside and in the greater Suffolk and Isle of Wight area with a lot of amenities, restaurants, hotels, et cetera, that are attractive as they’re trying to recruit and bring employment here.”

“Smithfield Foods employs more than 54,000 people in the United States, Mexico and Europe. The $15 billion company has its corporate headquarters in Smithfield, and regionally, operates facilities there, in Hampton and Toano. The company recently reorganized its leadership team, with Dennis Organ as the company’s new chief operating officer for U.S. operations.”

The Suffolk News Herald reports, Hughes said “the city has been focusing for the past 10 years on the office space in North Suffolk as a logical location for businesses, including Smithfield”…”They were buying so many companies, they were going to create some synergy and bringing it all to one location so they could interact and work with each other better,” Hughes said. “So that was really the main driver of the project, and they needed to put it in a location that made sense and was attractive for many reasons, and that was one of the drivers of it.”